The problem with state machines is that few developers know what they are. Luckily, one does not need to know about state machines to work with them in Drakon.Tech.

How to create a state machine in Drakon.Tech

How to create an instance of a state machine:

How to stop a state machine

A state machine in Drakon.Tech stops by itself when the control flow reaches the End icon.

And yet, sometimes, it is necessary to interrupt a state machine at an arbitrary moment.

For example, the user got tired of waiting before all the data got downloaded in the current view and went to another page within the same web application. It is not possible to cancel an operation that has already started on the server, but one can ignore the result of that operation. Stopping a state machine does precisely that.

Set the state field to undefined to stop a state machine.

How to send a message to a state machine 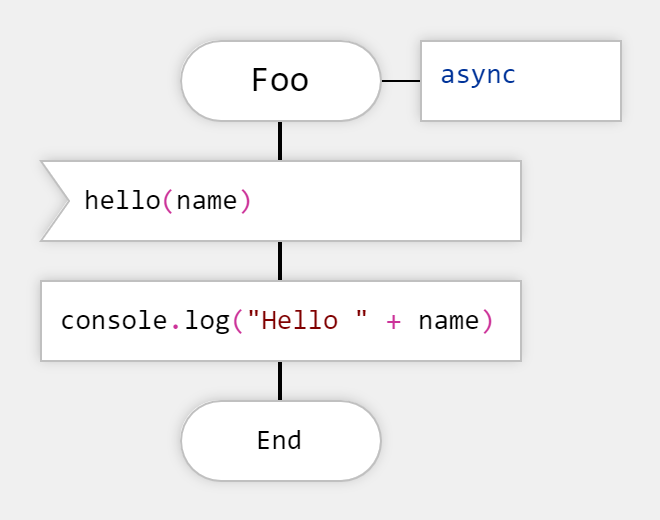 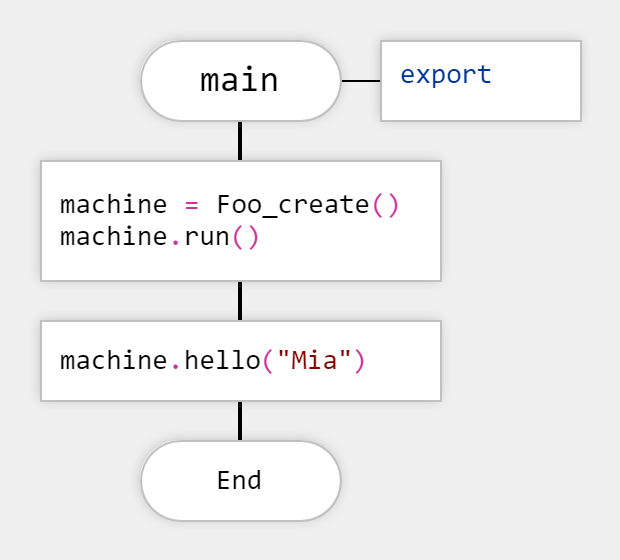 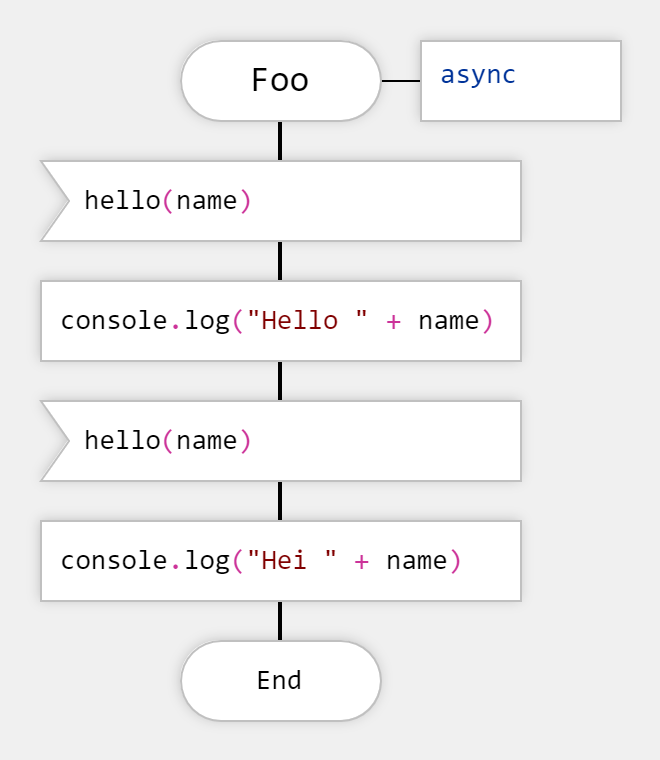 The Choice icon with the receive keyword

The Simple input icon defines waiting for one type of event. If the state machine needs to wait for events of various kinds, use the Choice icon with the receive keyword. 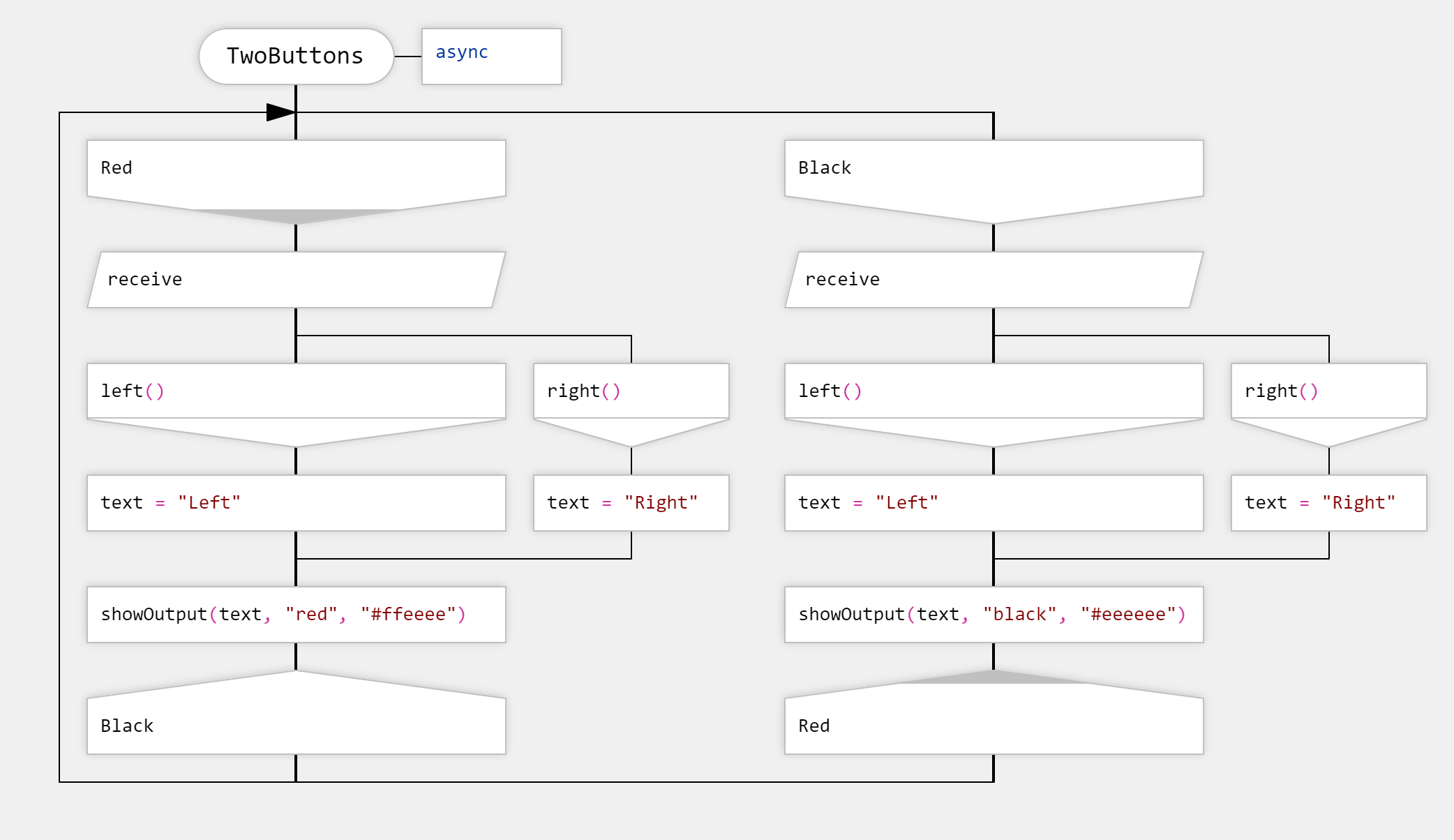 There are two Choice-receive icons, and therefore two states in this example state machine.

Note that async silhouettes do not always need an End icon. In a typical control algorithm, there is no End icon.

To avoid the premature processing of a message, use the Simple output icon when one state machine sends a message to another.

The Simple output icon postpones the processing of the message until the next iteration in the browser's event loop. 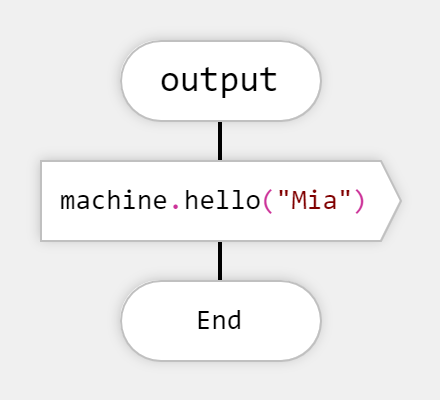 The Pause icon stops the async function for a specified period. 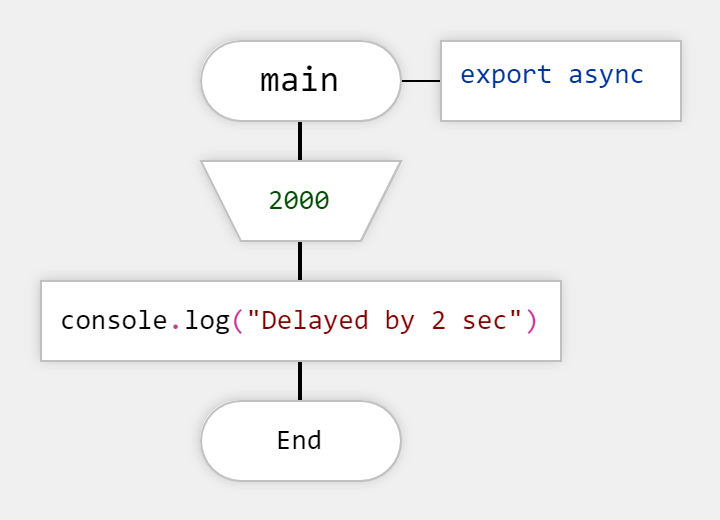 Set the delay in milliseconds in the Pause icon.