How to make an async function

JavaScript's async/await construct is a clear and concise way to represent long-running operations.

To make a function async: 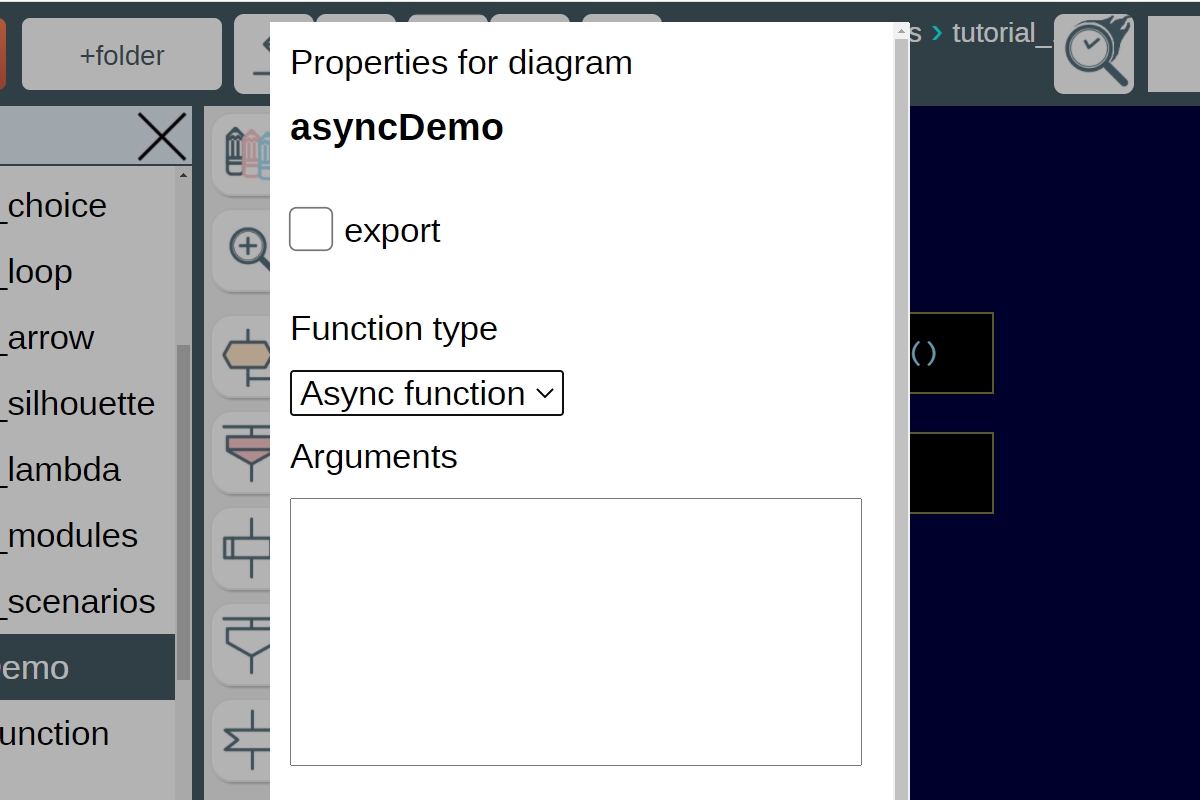 Scenarios are a more powerful alternative to async functions

The critical difference with scenarios is that they can accept messages. Async functions cannot do that. There is no straightforward way to affect an async function after it has started. Scenarios, on the other hand, can pause themselves and wait for external input.

Another good thing about scenarios is that it is possible to shut them down and disregard any pending operations.

How to create a scenario

To turn a function into a scenario: 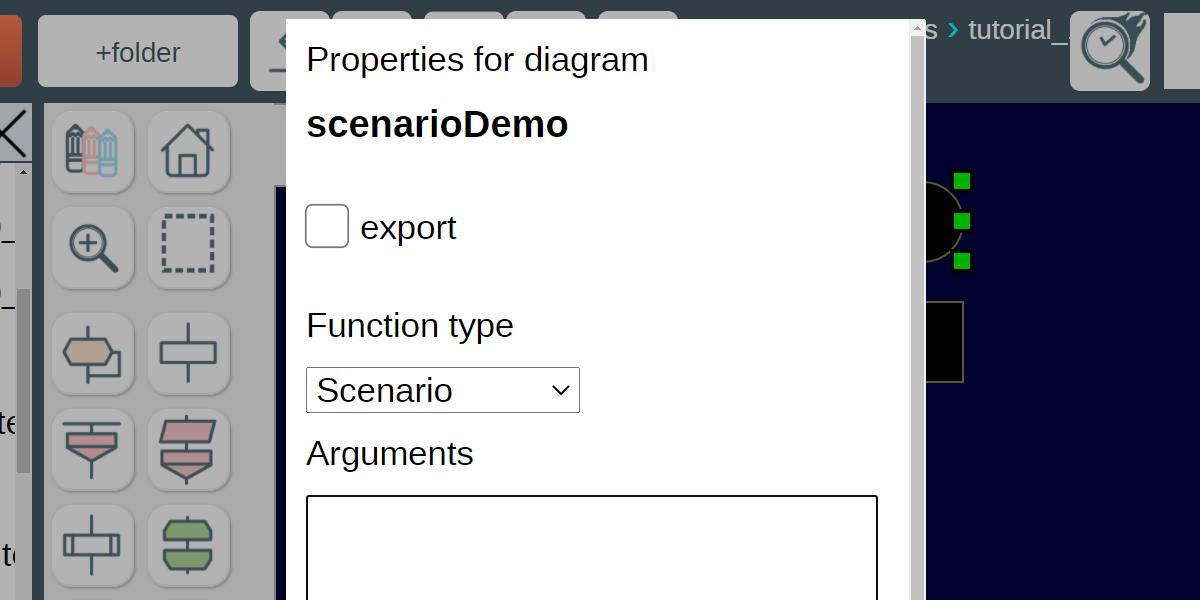 The code that Drakon.Tech generates for scenarios assumes there is an sm object in the scope. The sm object must have methods like sm.createMachine(), sm.sendMessage(), sm.addChild(), sm.addMethod(), etc. You can implement the sm object yourself or use a module in the lib project.

How to use the existing sm module:

The End is not necessary

How to start a scenario from a regular function

So the steps to start a scenario are: 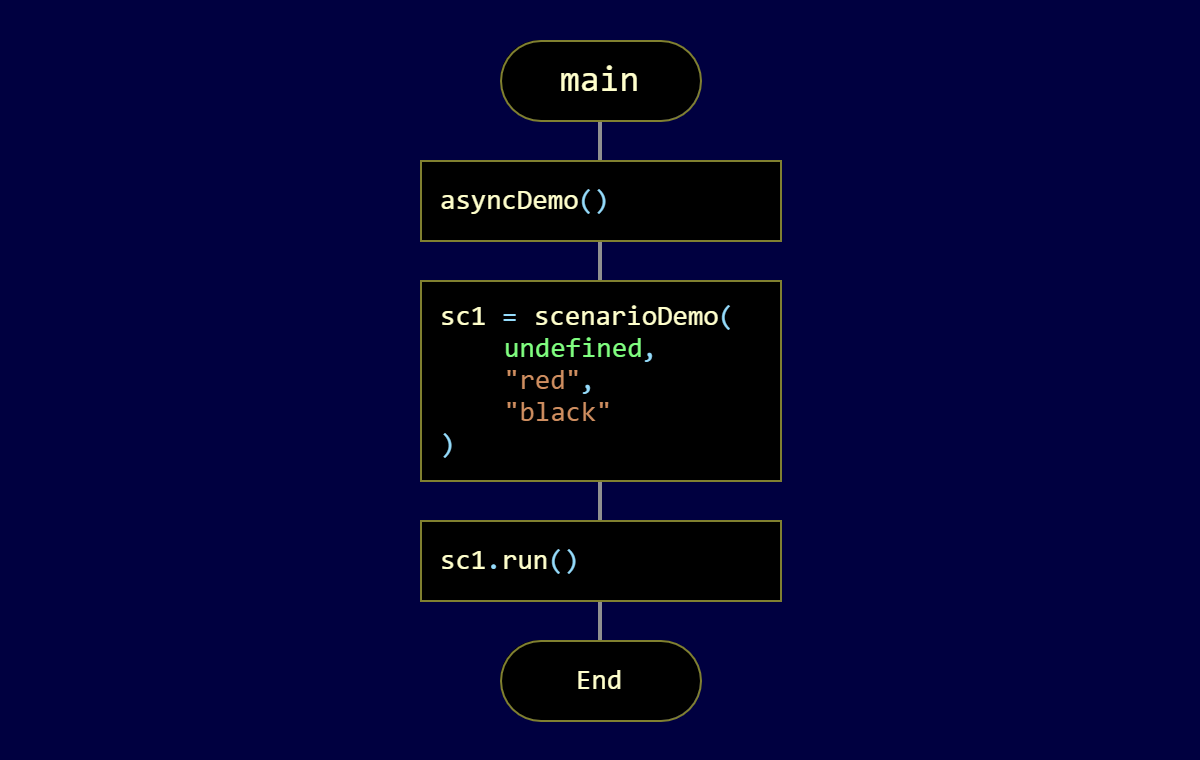 A scenario is a plain JavaScript object. You can access this object with the self keyword inside the scenario flowchart.

How to accept a message in a scenario

It is possible to pause a scenario until a specific method is called.

Add an Input icon to the scenario.

Type the signature of the method that the scenario will wait for. For example, sayHi(). 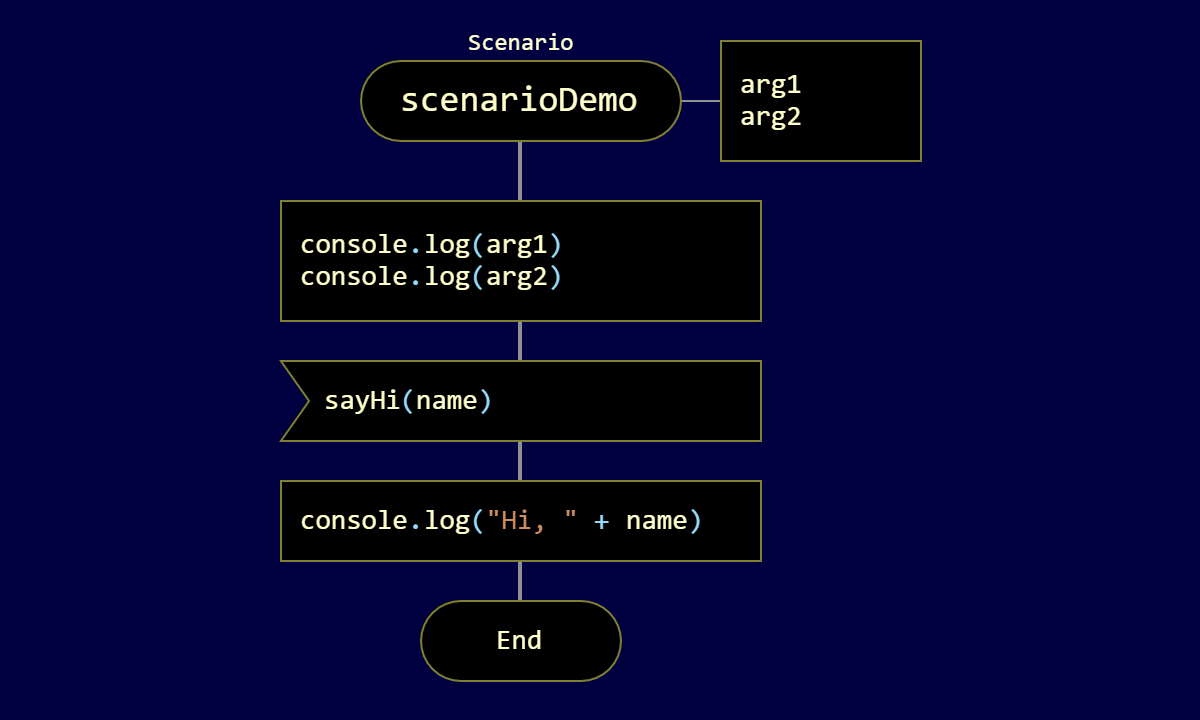 This Input icon will have two effects. 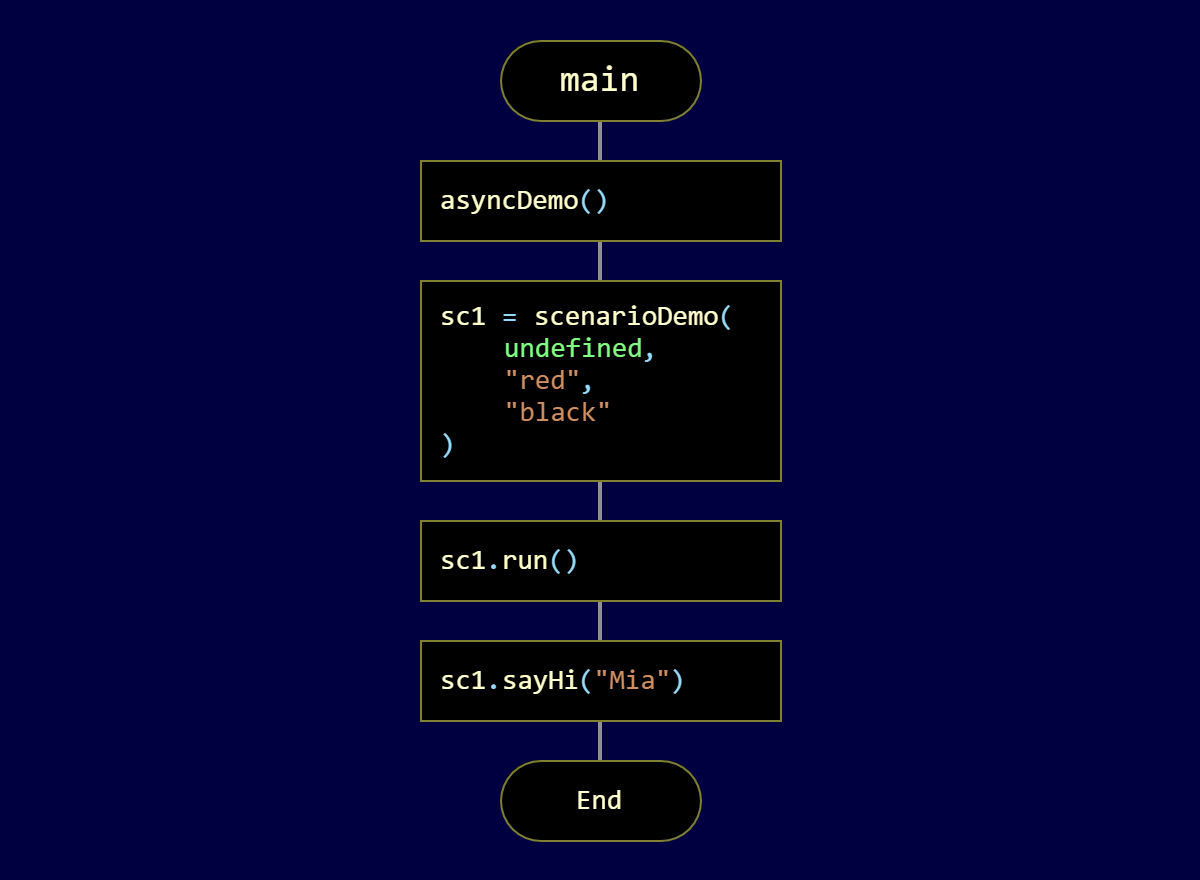 How to run an operation with a callback in a scenario

The scenario will stop and wait for the operation to invoke the selected method from the callback. 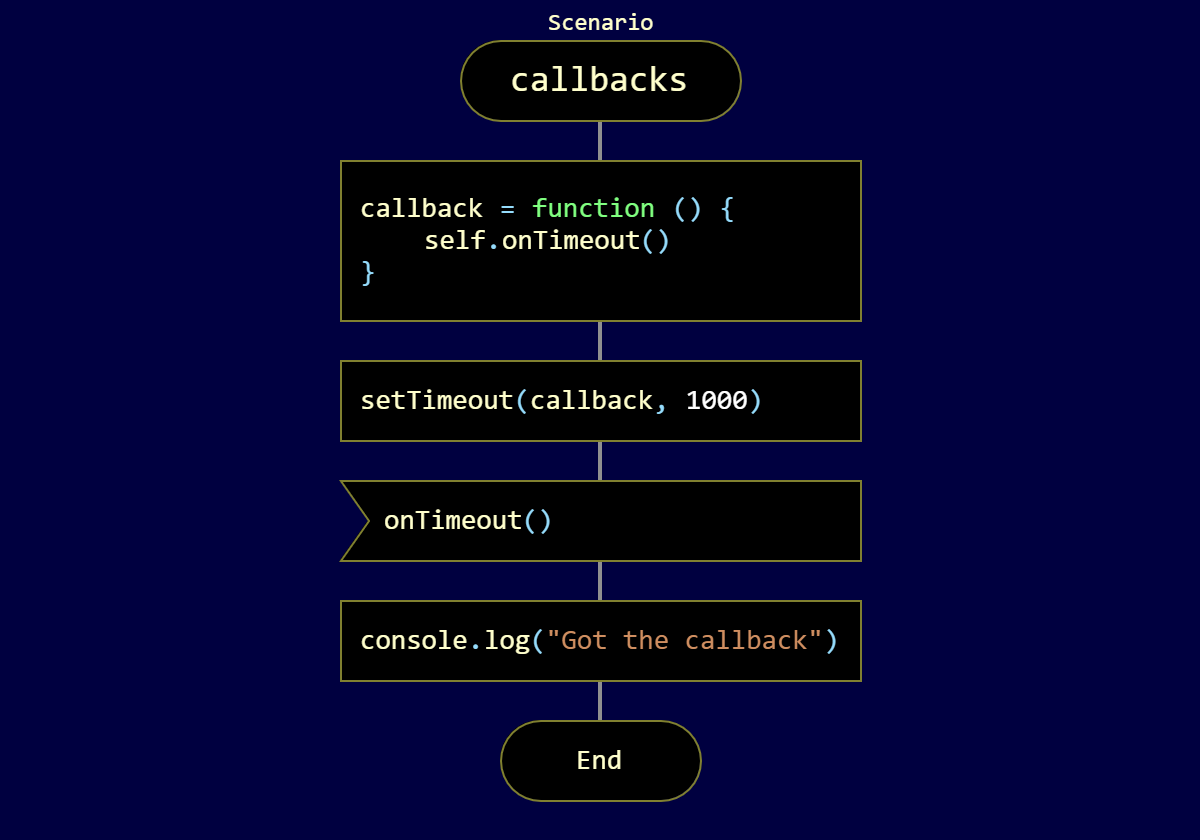 How to wait for messages of several types

The Input icon tells a scenario: "stop and wait that someone calls this specific method."

If the scenario must accept one of several different messages, use a Choice icon with the keyword receive.

The Choice icon with the receive keyword tells the scenario: "Stop and wait that someone calls one of the methods specified in the case icons. Choose a path depending on which of the methods was called." In other words, the algorithm of the scenario shall take different paths for different methods.

Let's create a Choice-receive icon that would expect either a hello() or a bye() method.

The console shows that the scenario continued and took the path from the correct Case icon.

Insertion icons are allowed only inside scenarios.

How to cancel a scenario

It is possible to discard a scenario that is waiting for external events. To do that, set the state property to undefined.

How to pause a scenario

In this example, the scenario will pause for two seconds.

Scenarios are a way to represent Mealy finite-state machines.