How create a lambda or a closure 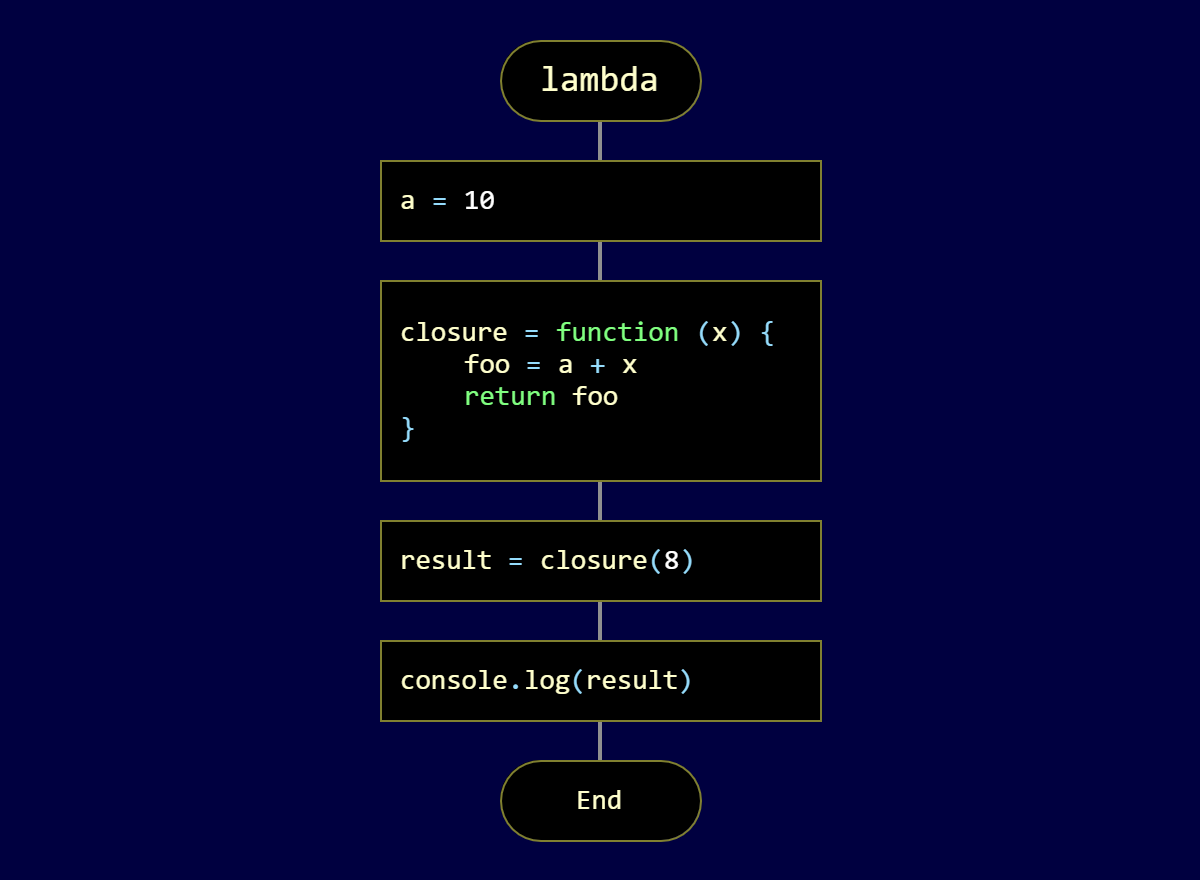 In a closure, we have access to the outside variables. Here, we read variable a. We will see this when we build and run the project.

There is an assignment in the closure lambda. We don't need to put a var keyword there because Drakon.Tech will declare a variable automatically. Keep in mind that the code generator will declare the variable in the containing function, not in the lambda. We can see it in the code.

What to do if we must have a complicated algorithm in a lambda?

Lambdas and closures bring tremendous power, but that power comes at a cost. Every time the reader encounters a lambda in the code, they pay a significant mental price. Keep lambdas as short and straightforward as possible.

How to catch an exception 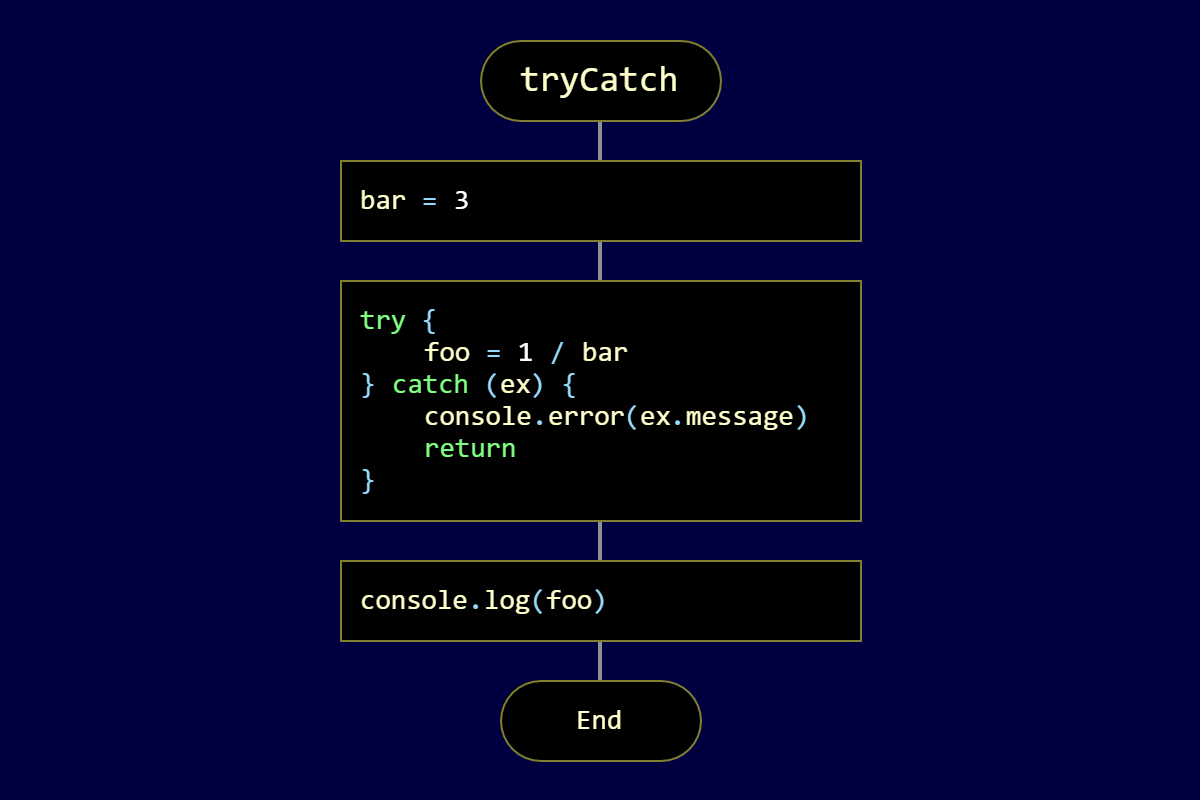 All values assigned in a try-catch block will be available later in the function.

Here, the foo variable will keep its value outside of the try-catch block.